Imagine memmorial speeches, sightseeing, birdwatching, picnics, children's play, open-air concerts, jogging and falling in love all happening alongside one another. Have you imagined it? Then it's possible:

We believe in symbiosis rather than addition. Instead of building an island, placing a park somewhere in it and adding a monument, we believe the island, park and memorial should become one. Their strength is then at maximum because mental perception and physical experience merge, unifying symbolic intentions and urban life.

Since the island itself is the memorial, it is shaped as a curving, descending strip colliding with itself. It thus represents that which holds true for all accidents: an abruptly terminated cycle. From the city or the canal, the shape is perceived with the mind, but when on the island, it is perceived physically, by walking and spending time on it.

The island's strip assumes the shape of a rounded rectangle in order to form new canals and adapt to the most logical ferry lines. The docking port for ferries is located along the existing north-south ferry connection, close to the intersection with the new ferry line. The mass of the island is bound by a vertical reflective surface, which blends the island with the surroundings, but also marks it as something out of the ordinary. On the 30m high island there are several viewing points with fabulous and varied vistas.

The first step is taken by leaving the shore and taking the ferry to the island. Once off the ferry, people will have ample space to wait for the lifts going to the top of the island, or to go into the reception hall and the island's centre. But the magic begins by taking the lift and finding oneself suddenly «in the sky», with mixed emotions: great view vs. exposure, overview vs. distance.

One can choose to go down through the park the quickest way: a wide paved promenade connecting the lowest points of all cross sections through the park, which is wheelchair friendly and good for large groups. The initial view over Amsterdam will disappear as the cross section becomes U-shaped, mixing protectedness with uncertainty as the view is directed solely at the sky. Eventually, the cross section turns towards the interior, mixing peacefulness with isolation as one reaches the imposing wall that ends the promenade which is widened here, to allow for commemorative or other speeches.

Alternately, there is an undulating gravel path winding down and forming/connecting different ambients and vistas. In the western «corner» of the island, there is an open-air auditorium for performing-arts events, near a dug-in box containing toilets and an (emergency) exit. After a small forest, one comes to the south-eastern «corner», where there is another dug-in service box near a children's playground. Finally, the path reaches the big wall: the beginning of the journey that is utterly out of reach.

The resolution is peaceful and contemplative: a walkway around the quiet body of water in the island's centre. The inner wall is curved around the walkway and bears discrete text which pays tribute to the victims of the MH17 accident. This introverted, yet vast and horizontal space is dedicated to peace of mind, body and soul, with the reflective wall suggesting that the victims still live within the horizon of the memories of the living.

The reception hall, cafe, offices and connectable multipurpose spaces all look onto the central space, receive additional light from above by means of light tunnels, and have a covered terrace for rain/sun protection. The island's mass allows for additional spaces. 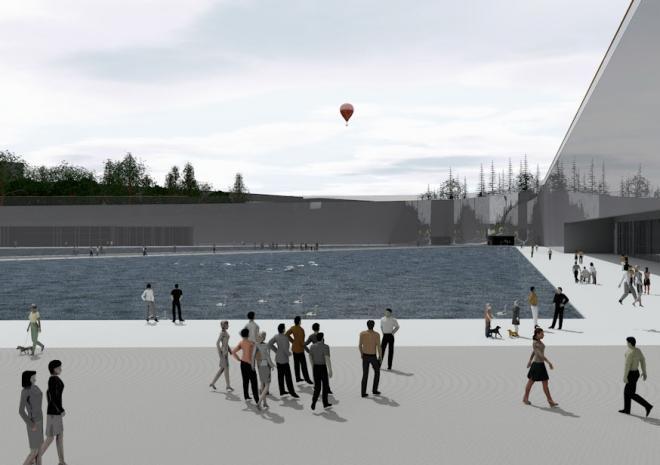 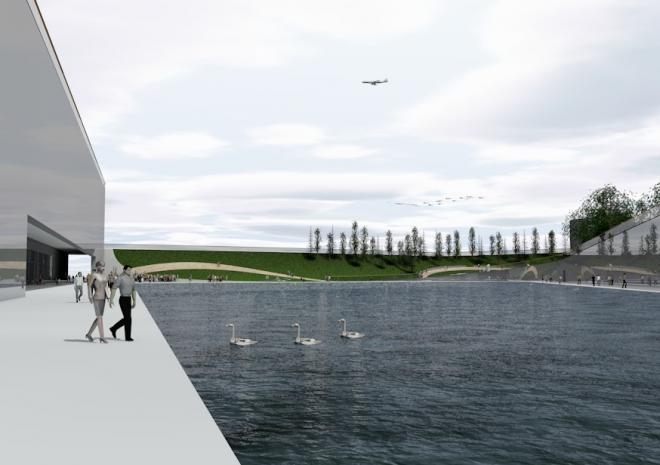 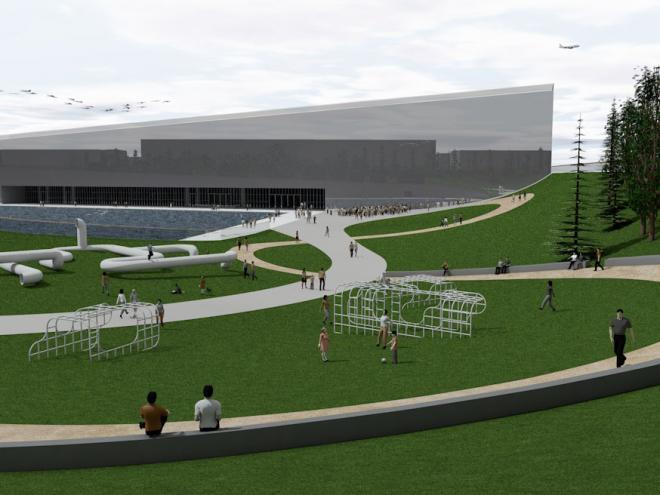 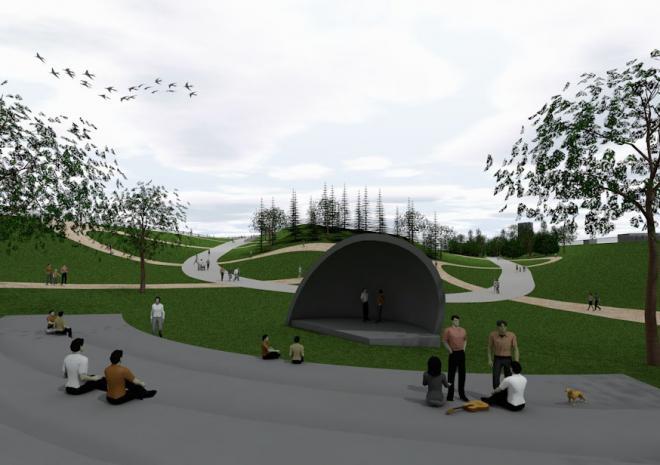 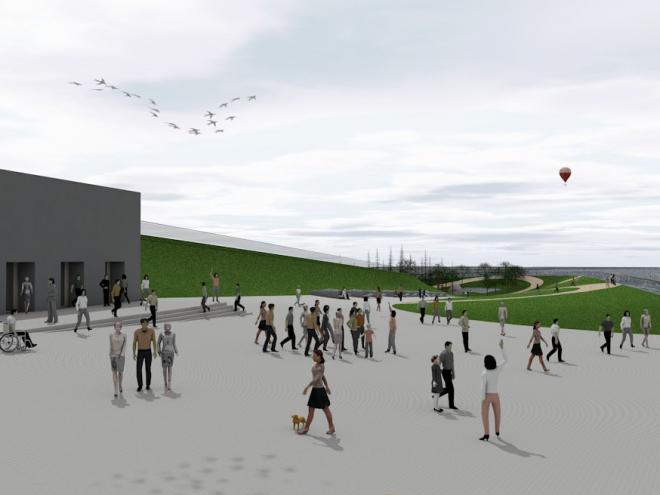 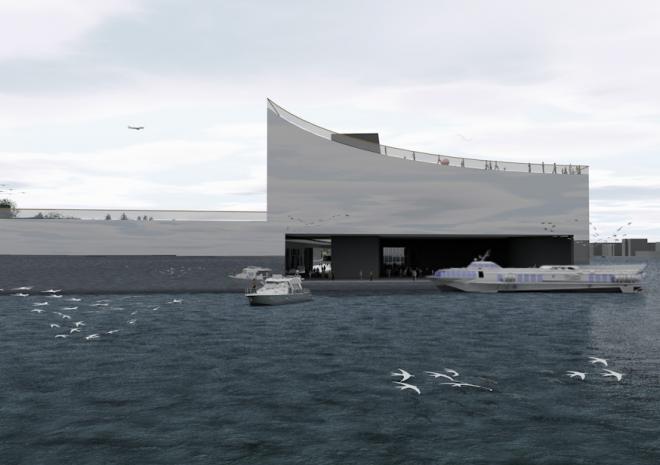 A desk gifted by a fourth-grade class to their teacher as a way to say goodbye. Designed and hand-made by Armano Linta. How can each student build their unique contribution into the gift-desk?...

Student centre in Rijeka - conversion of the "Hartera" factory

Beside the sea: the city of Rijeka, in Rijeka: the river Rječina, beside Rječina: a factory, in the factory: emptiness. Beautiful emptiness we are going to fill with life. "Hartera", the name of...