"The Girl Who Knew Her Self" - illustrated fairy tale

A fairytale for creating architecture: On the thin line between magical and physical worlds.

Architecture is happening on the thin line between the magical world we (can) feel inside us and the physical world around us. The architect must be able to feel both worlds, intertwine them and communicate their combined reality to the client. The architect must also feel the client, in order to help them become deeply aware of themselves. Finally, the architect must, time and again, find the codes that allow the spirit of the place and the spirit of the client to unite into a living, magical spirit of the new space. For the sake of harmony of all those who will dwell in it. This story was conceived in order to help achieve all that, during the design process for a wooden house in the mountains for a wonderful client:

"Once upon a time, on a bright spring’s day, a young girl was merrily walking down a quiet forest road. Just as she was passing by an old stone ruin on the verge of a little spruce grove, something strange started happening. The stones were moving by themselves, as if an invisible hand lifted them off the ground and spun around in the flickering air. As the girl was watching in amazement, the stones were dancing their magical dance, getting neatly rearranged into a new, orderly structure.

As she walked closer, she felt the power of the place. She felt it in her heart, bones and mind. She resonated with it, alert and perceptive and, above all, full of joy. Everything was different when she was there. She realised that no two places were alike, even with eyes closed. And that particular one... it made her feel, well, like she was in the right place.

The dance ceased just as it began – in complete silence, and the girl was standing in front of the structure that resembled a hollow pedestal when she noticed something appearing high above in the sky. As the mysterious object descended, she could slowly make out its contours and its surface. It seemed to be a flying wooden box with a gabled top. And it headed down, right into her arms!

It was a matter of inspiration. Clarity. The power didn’t scare her. She was open to it. It flowed through her every thought and emotion. It gave her the feeling she had always been there. There had always been in her. Only now she was aware of it.

The girl sat down, placing the rather big box on her lap, eager to find out what was inside. As she lifted the gabled cover, she discovered that the inside of the box was an intricate wooden structure on two levels, completely like a house, with floors and walls and furniture, a stove, staircase, even a cat sleeping on a bed in the attic. It seemed so real and cozy that the girl could imagine herself living in it, yet everything was somehow still, dormant, too quiet and with no windows.

And so she began to use that energy to get to know herself. Her needs and wishes. Her true priorities. Ambiences she carried inside her. Her own and unique way of achieving balance. Her Self, beyond images, attitudes, values, tastes and expectations. The Self she had to listen to, if she was to be happy within herself and within the world.

“I have to give it life”, the girl thought. “What a shame it would be if it remained just a beautiful box.” So instead of taking it home and putting it on a shelf, the girl decided to put the box on the magical stone pedestal. Surely the magic that made the stones dance could breathe life into it. Although it was not easy to put the box up because the pedestal was quite high, the girl managed. And sure enough, the air started flickering again.

She didn’t know exactly how it should be done. How all those elements could be connected and balanced. But she felt strong enough to let her intuition tap into the great design of things. She had the goal and the will. She didn’t need to worry about how it would materialise. The path would show itself.

This time, however, the flickering was so slow it was barely noticeable. The girl could feel something was going on, but the change could not be seen with one’s eyes. Since she had to return to her parents, she decided to leave the box there. In her heart, she new that it would slowly grow into a real wooden house on a stone base near a lush green spruce grove. She did not know how, but she knew the house would open itself to the world through its doors and windows and porches, while retaining the warmth and coziness she felt inside the wooden box.

After all, deep inside, she was always at home. It was one thing noone could ever take away from her. When she realised that, she felt able to do anything she wanted. Able to take care of herself and help others find their own happiness. Able to tap into the source of her energy just as she tapped into the energy of her special place. And able to create a home wherever she went. Always.

And so it happened, many years after the girl left the box on the magic stones. Who knows, maybe the woman holding the baby in the porch of the grown-up house knew such a box when she was a girl, too... 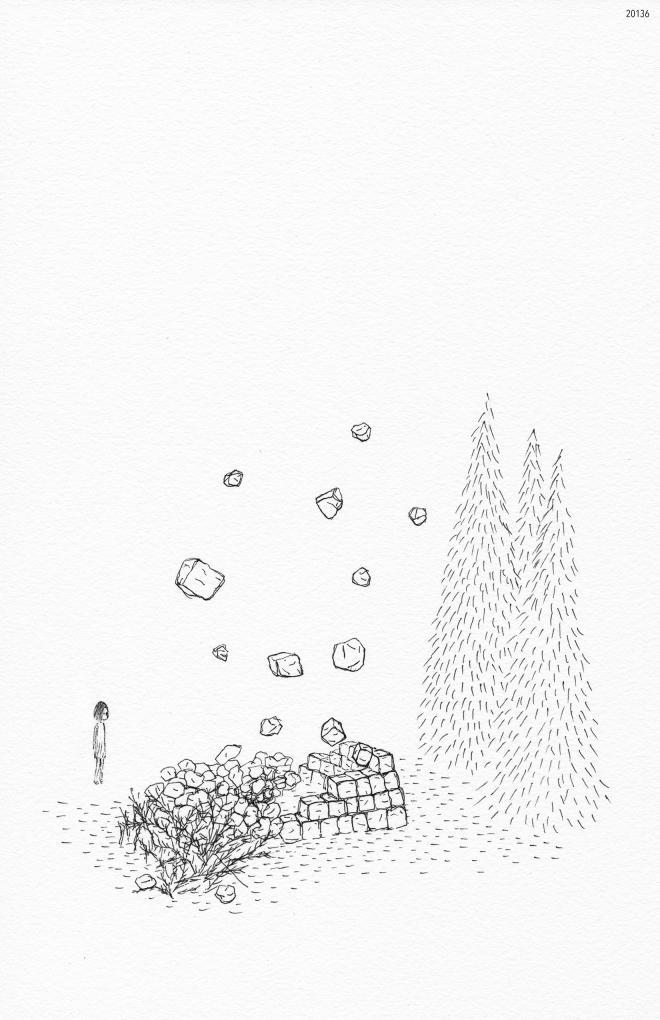 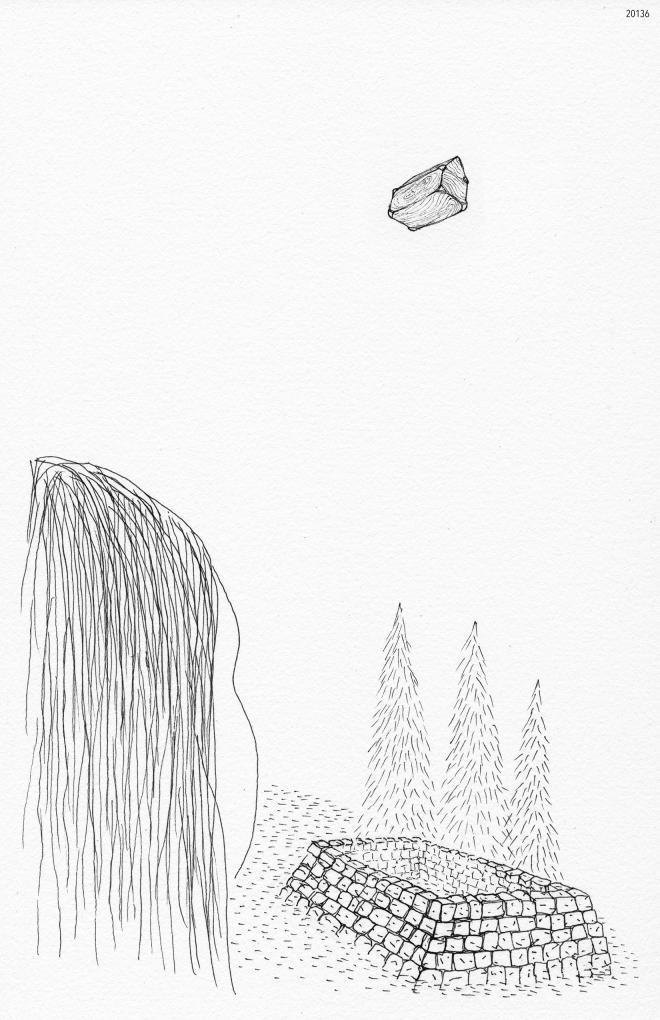 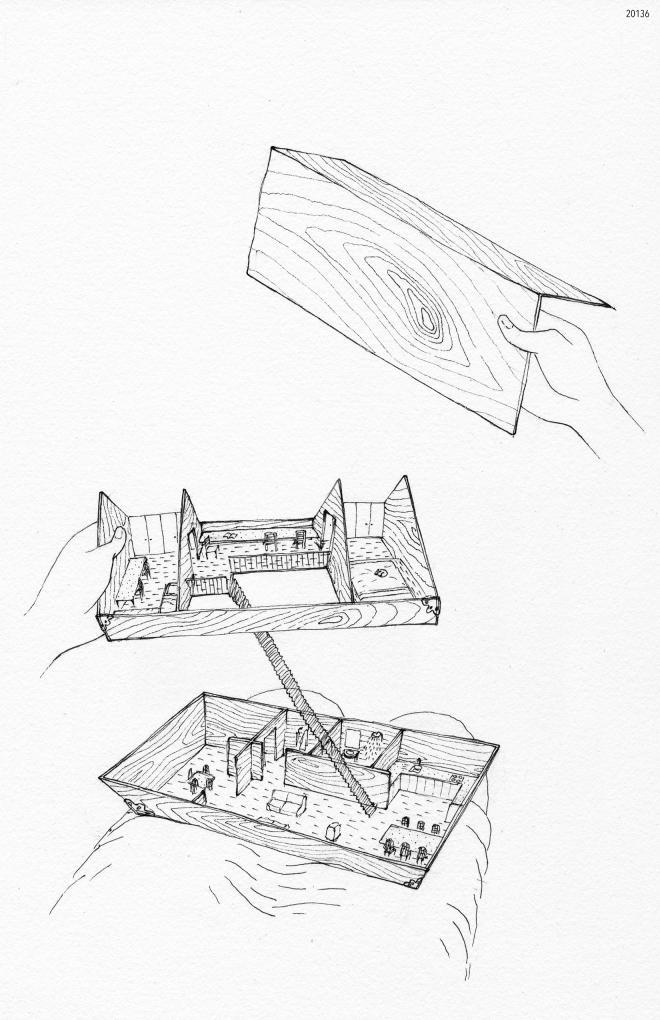 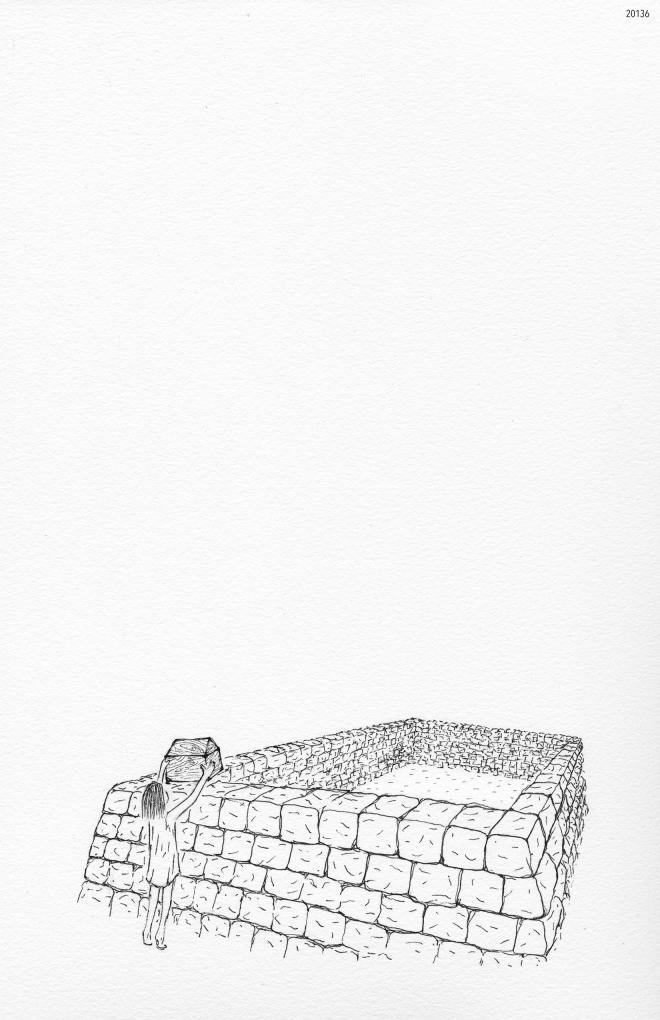 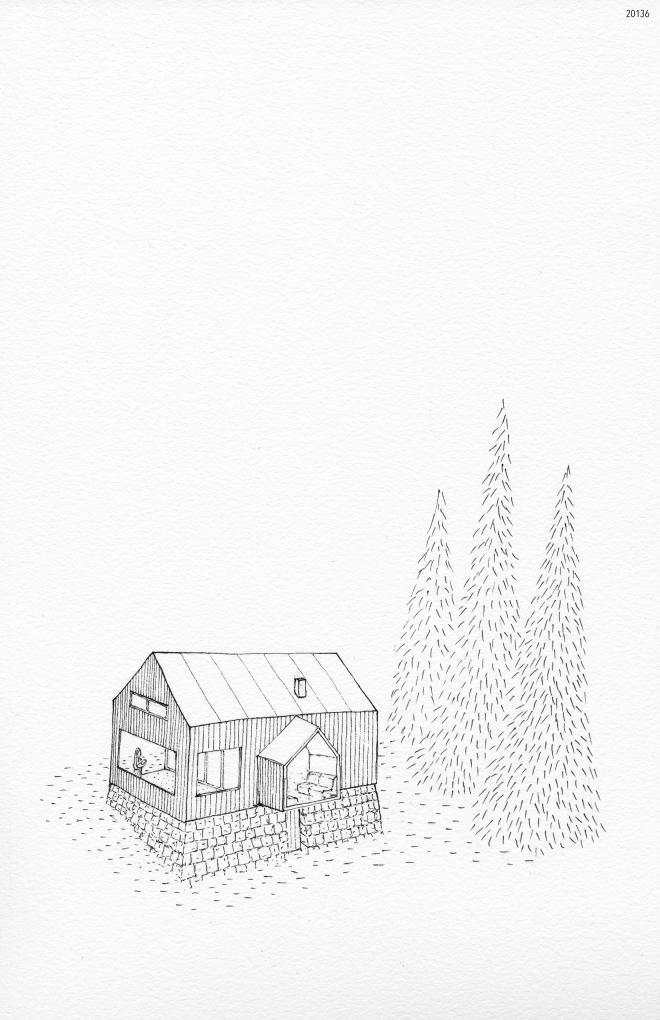 We renovated an apartment for a client who is hedonistic and practical, and we managed to combine both. As usual, we asked a thousand questions. We got beautifully honest and detailed responses, about...

Under the motto "100 people, 100 monsters", we designed monster-block gifts. The fir-wood block feature images of monsters that show feelings known to everyone, from the first rush of being in love to...