Apartment in Zagreb - living in the kitchen

One old and dilapidated flat, three potential users: a musician with grey hair / a young married couple / a lady with a carer. So one had to explore all the potentials the flat provided and narrow the choice:

Architects sometimes call a room "sleeping" instead of "bedroom", or say "dining" instead of "dining room". That serves to shift the focus away from a lifeless box and towards the human activity. Here we went a step further and named each room after the atmosphere that can easily be embodied in it due to the character of natural light entering it, its shape and proportions, its size, its position within the flat and the relationship with other rooms, its structural envelope and the view from it. While visiting the flat, we absorbed these elements in order to infuse them into the design of atmospheres needed in human dwellings. Some of these atmospheres ended up hosting more concrete human activities, such as cooking, which fit into the room we called "communication". But the cooking serves communication (as good cooking always does). And washing one's face/bathing serves to cleanse in a way that is not only physical, due to the contact with water. However, omitting the material function from a room's name does not mean omitting functionality. It is up to the user to decide whether the room called "intimacy" serves for sleeping, giving treatments, sculpting, or something else. And whether the room called "silence" serves as living spaces, for playing music, sleeping, tai chi, or something else. The huge built-in cupboards covering entire walls are there to help materialise a chosen function. However, sometimes the client needs to be presented more concrete scenarios so here are some other options:

A hedonistic option for one or two persons, and guests. Those who need more space for clothes, can turn the pantry into a walk-in. Those who don't want guests in the sauna can use the chill-out corner as the flat's entrance and get a royal bedroom with an integral staircase and sauna.

For usual dwelling requirements, this is an entirely classic option with - for Croatia - unusually generous, but not oversized, surface areas.

Good living conditions for children consist not only of rooms, but also an appropriate space where children come when they leave their rooms. That should be a big sunlit space with a big free floor surface for playing, and without sharp or hot objects within reach.

Option "Living in the kitchen"

One room that hosts the entire social life, two bedrooms, and a minimal investment into basement refurbishment comprise the option that eventually won. It might be that the deciding factor was the rational need for two rooms (without creating another staircase), but we believe that the deciding factor was the irrational need to have a "fireplace" in the big and central living space. Indeed, the living room with kitchen became a wonderful place of quiet and loud socialising, and Room 1 became a piano room rather than a bedroom. 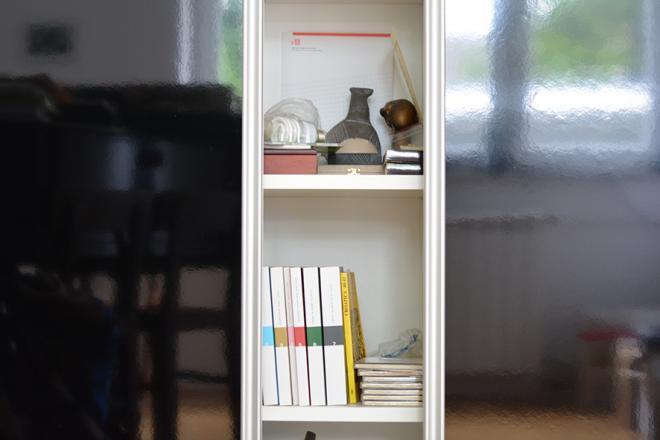 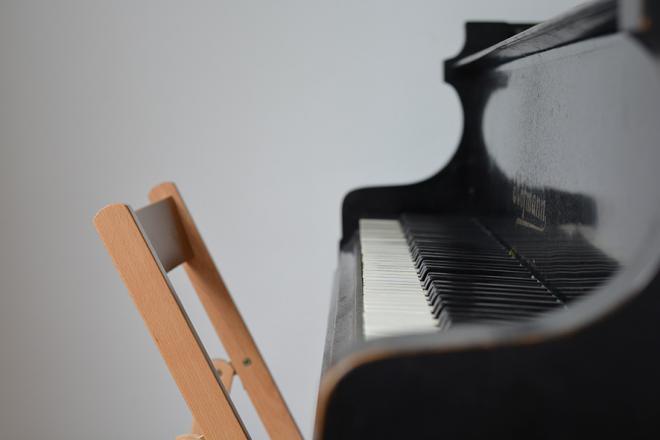 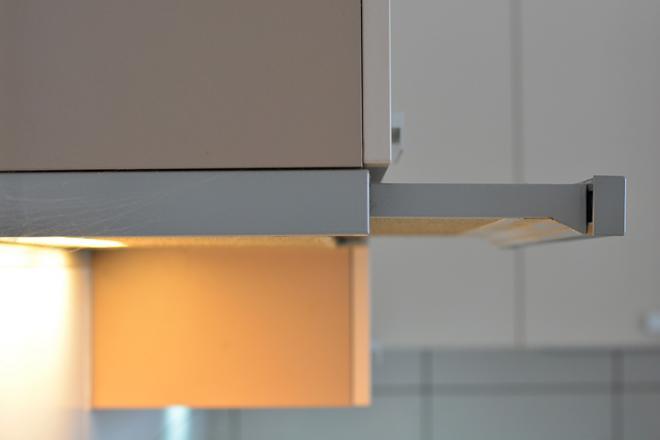 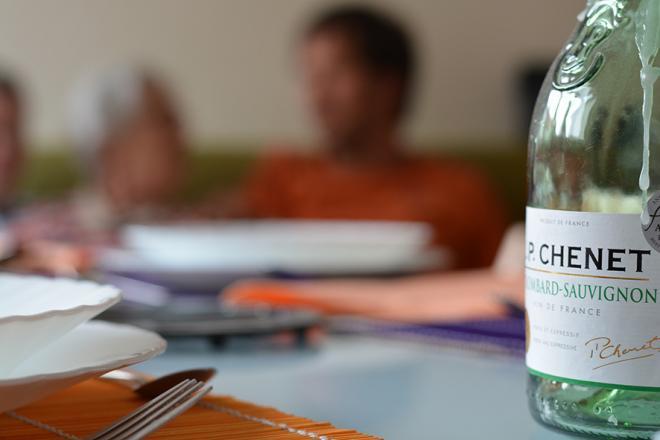 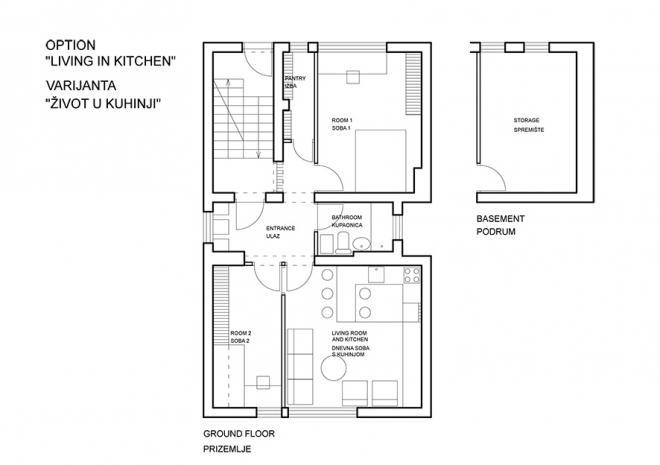 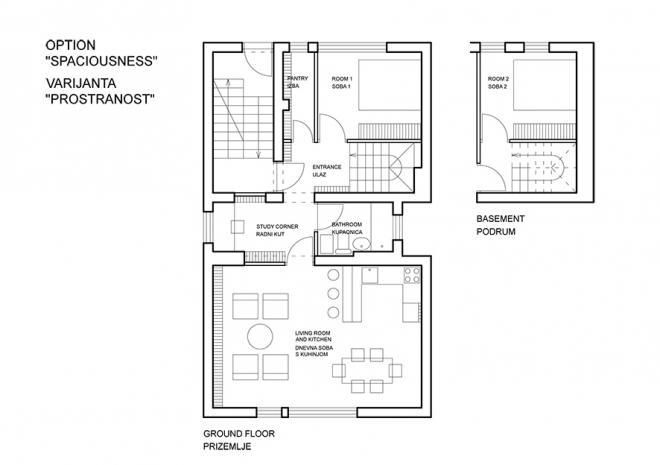 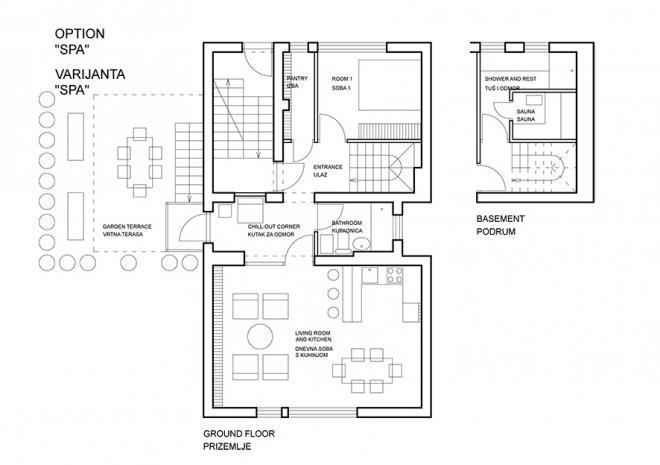 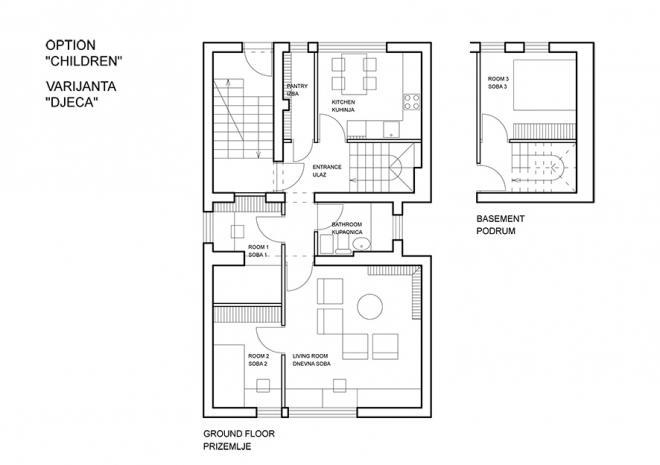 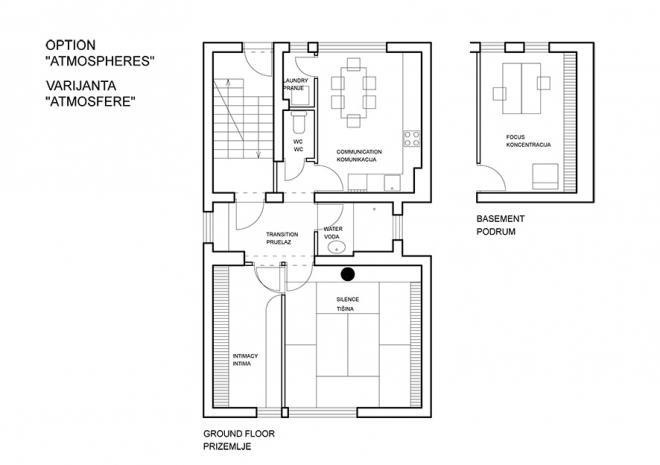 We gave a Christmas gift to Knežija, the neighbourhood where we live and work. It is a socialist modernist neighbourhood: A lot of greenery, ample space between buildings, and a lot of flats...

Apartment in Zagreb - organism and surgery

Designing for a renovation of an apartment is sometimes a matter of surgery. Perhaps it's not a coincidence that the clients are doctors? But it's not about having the built-in wardrobe made with...